We have seen just under 900 unique miners participate in providing liquidity on Hummingbot Miner. From March 2020 to October 2020, order book depth created by liquidity miners generated $143.1 million of traded volume. Meanwhile, the rewards paid out to miners has totaled to only USD 109k equivalent, resulting in cost-effective market making for token issuers.

We had completed the liquidity mining integration for KuCoin and had planned to launch several inaugural campaigns at the beginning of October. Unfortunately due to security incidents with the exchange, we did not proceed with launch and continue to monitor the situation. We are currently in the process of beginning work on a Bitfinex integration as the next exchange to integrate our liquidity mining platform with a target launch date towards the end of December. If you are a token issuer and would be interested in a liquidity mining campaign for your tokens on Bitfinex, please reach out to partnerships@hummingbot.io.

For a discussion and explanation of some of the metrics we are tracking, please see our blog post - Liquidity mining: April recap.

Cumulative Rewards Paid Out to Date

Miners have earned USD 109k equivalent in rewards, in a combination of USDC, USDT, RLC, XZC, USDT-TRON, ALGO, and USDT ASA (Algorand Standard Asset). We continue to expand the capabilities of Hummingbot Miner to allow us to payout rewards in an issuer’s own native tokens on their own blockchain. The recently launched NEM campaign will be paying out XEM rewards on the XEM blockchain. 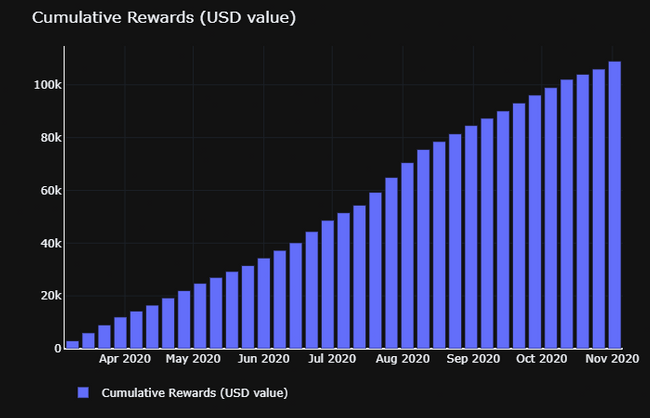 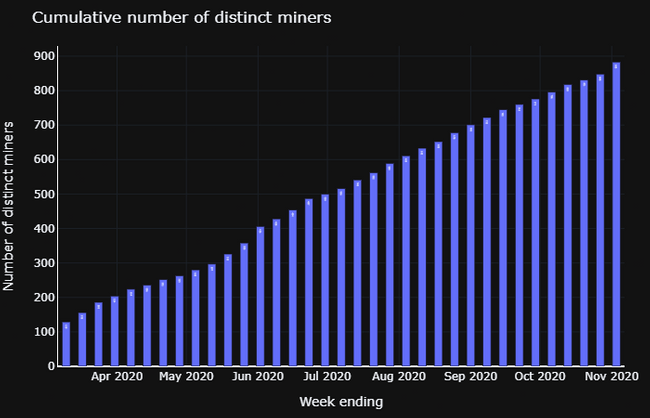 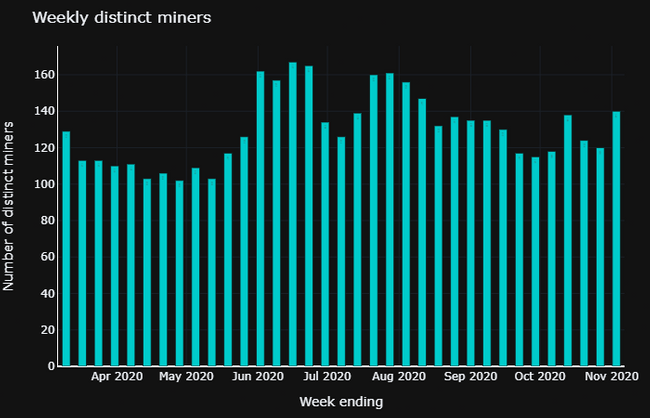 We saw 20% growth in the number of distinct miners in October. 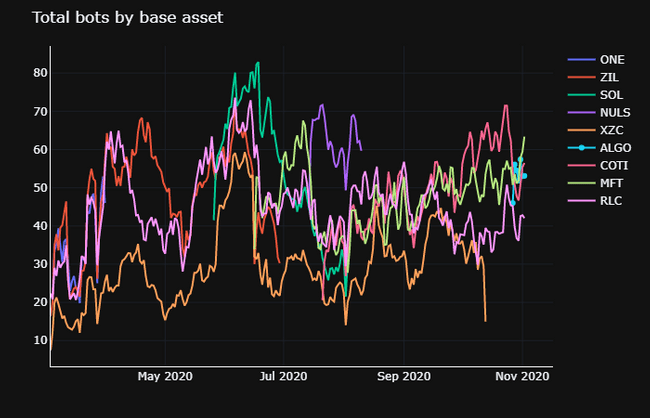 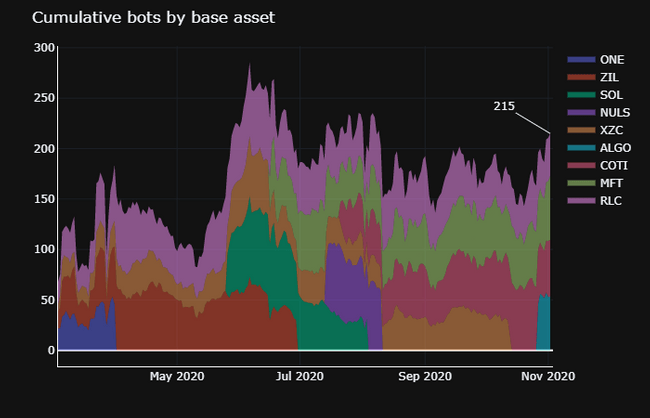 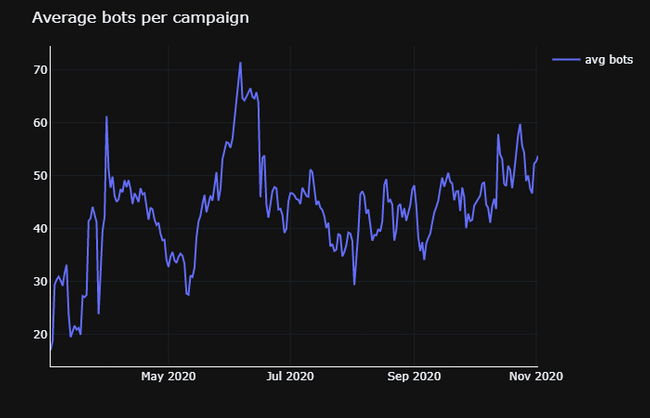 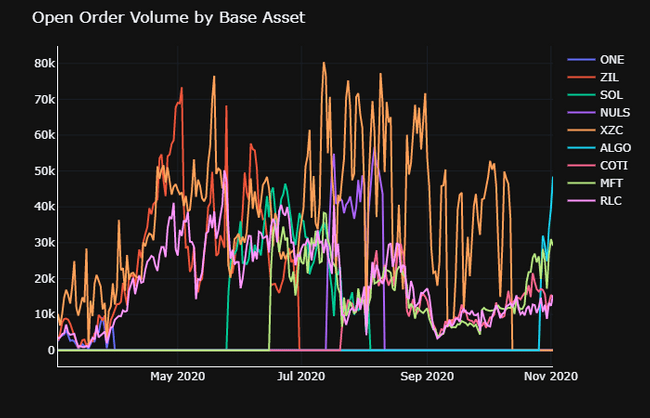 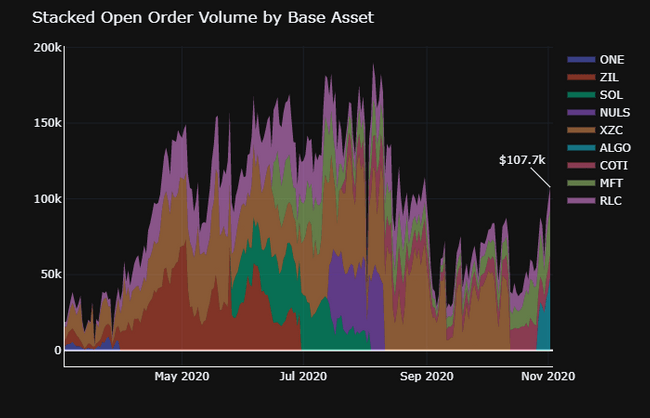 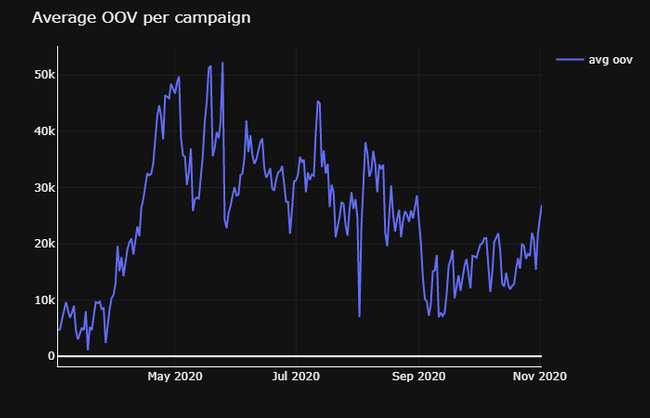 Currently approx. $667 of open order volume/liquidity has been created per bot. 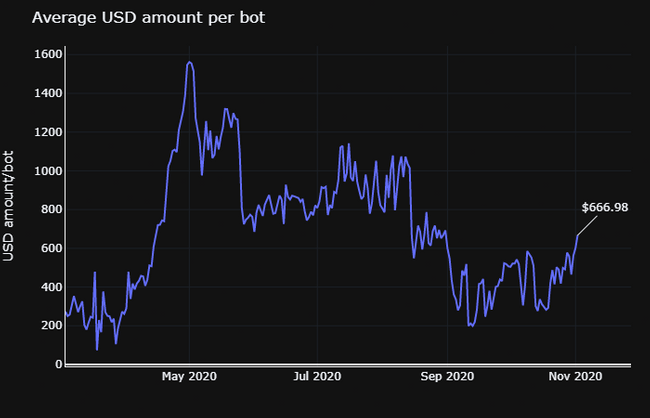 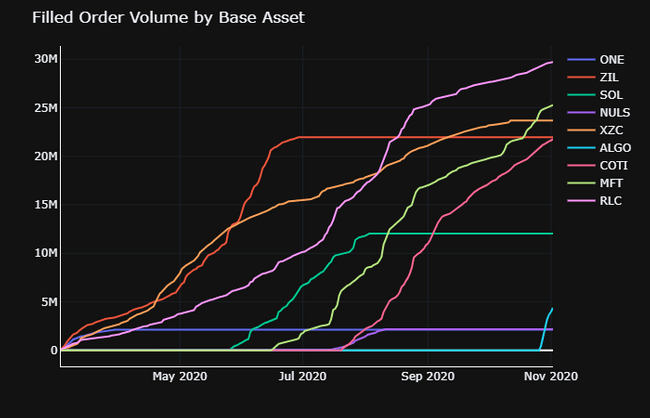 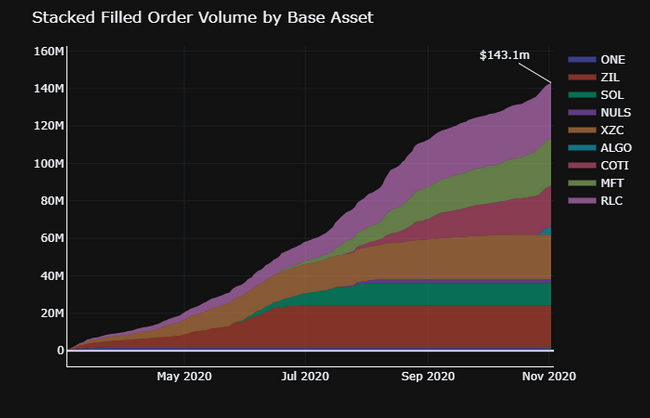 Filled Volume as % of Binance Totals 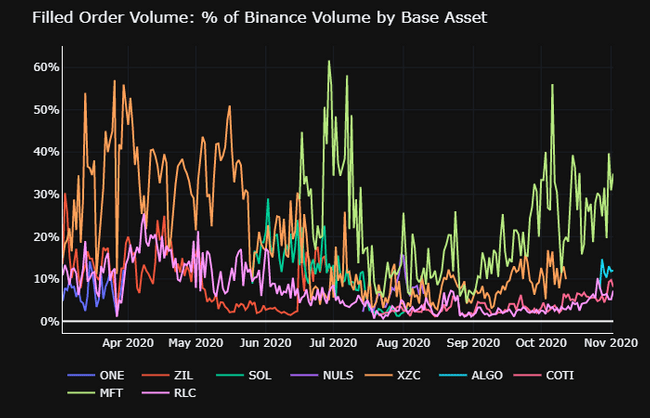 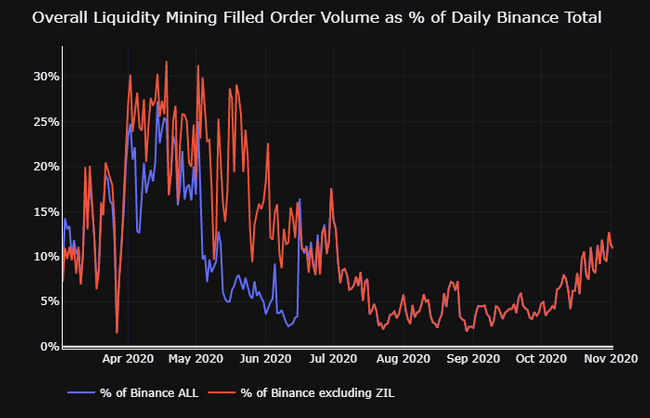 While liquidity mining does not compensate miners for filled order volume, the increased liquidity and order book depth created by miners does translate into increased trading efficiently and, consequently, additional trading volume. Trading volume is important for issuers since exchanges typically use traded volume as a benchmark more deciding whether or not to maintain or remove token listings. 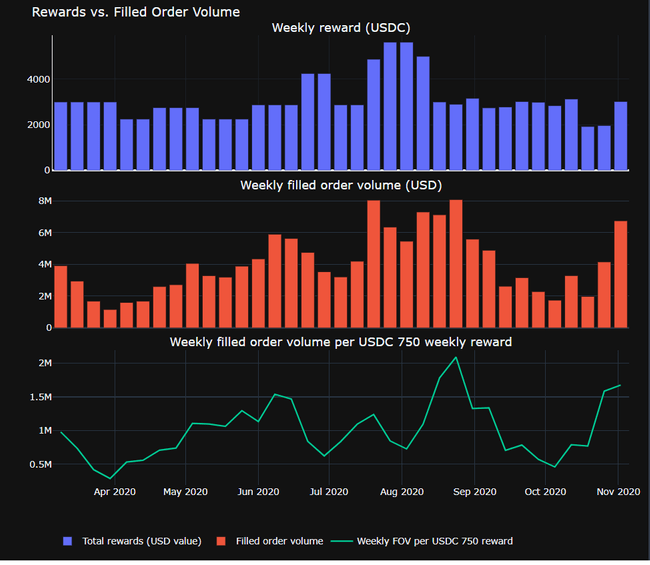 There was a range across campaigns, which can be seen in the following charts: 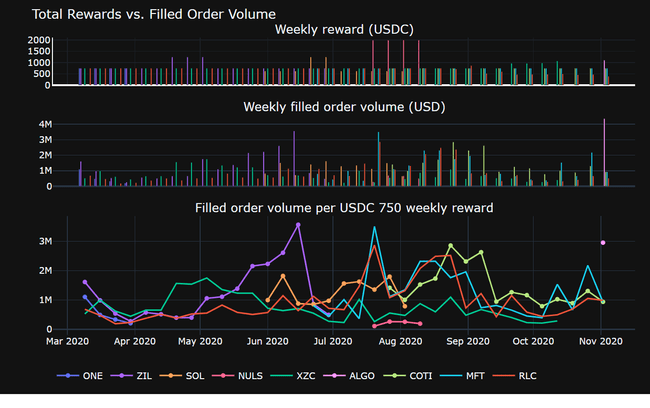 For exchanges and projects who would like to learn more about liquidity mining, please contact us at partnerships@hummingbot.io.

Ask Me Anything: Harmony $ONE Makers

AMA about the Harmony liquidity bounty